In July 2015 I started a circumnavigation of the British mainland, a goal I have been working towards for a number of years. I have previously written about my preparations for this trip, and at the time of writing we have logged some 932 nm from the Solent to the Clyde, where Wandering Glider is overwintering.

This article will not be a blow-by-blow account of the ports we stayed in and the passages undertaken to get here.  Rather, this article will be a reflection on the types of sailing and other experiences that are involved.

We often simply divide sailing into racing and cruising, but in reality, each of these has several distinct variants. For example, in racing there is:

Similarly, cruising has a number of variants, these include:

I’m sure there are more than these, but you get the idea of just how varied sailing can be. So where does a cruise round the British Mainland fit in? The way that we have been doing it is as a series of one day passages from port to port. We have explored most of the areas we have visited, but generally land side rather than water side. The truth is that much of the British coast is not good for exploring, and I have been surprised just how many passages have been 50+ nm, mainly because of the lack of suitable stopping places in between. I had hoped to do a few more explorer side trips, like the Scillies and Strangford Loch, but neither of these came off for a combination of timing and weather considerations. Having said that, in the spring I am hoping we will switch more into an explorer mode for the Scottish Islands.

Naturally, there has been boat maintenance to do. Wandering Glider is now some seven years old, and it is in the nature of things to wear out, and this happens in a more or less random fashion. One comment on Wandering Glider’s Facebook page sums it up neatly “Cruising is boat maintenance in different ports”. One of the challenges is that facilities for maintenance are not uniformly available as we find around the Solent or Plymouth say, and knowing where the next place you can get something fixed, and how you can manage until then is all part of the cruising mix.

Some of the things that have needed attention on Wandering Glider during the trip north are:

Managing these kinds of issues, and resolving them needs to be part of the skill set you have, or will quickly need to develop.

I have had crew with me for various bits of the trip, but for about half of it I have been sailing solo. I don’t usually sail solo, for me the company of fellow sailors is part of the pleasure of sailing. So before setting out, I made sure I was comfortable sailing alone, and with the adjustments you have to make when doing so. The Dragonfly 920 is well setup for short-handed sailing, with a furling genoa and single line reefing, however, the primary winches are on the coach roof, and not accessible from the helming position, so it is not possible to tack in the usual way without leaving the helm. As a result, without the option of a self-tacking jib, a tiller pilot is helpful to manage the helm through the tack whilst you manage the genoa.

Off the wind, the secondary winches can be used for the spinnaker sheets, so gybing does not require automated assistance. However, a tiller pilot is also useful if you want to raise or drop the sails, make a cup of tea or lunch, go to the heads, or just have a rest whilst you are sailing.

I have always had a tiller pilot (Raymarine ST2000) and remote control so that sailing solo was possible, but it has not had a great deal of use. By now I have many miles of experience using one, and have a better understanding of both the benefits and the limitations.

There is a reason for this. It seems that at least the Raymarine tiller pilot uses a PID (Proportional, Integral, and Derivative) controller. The integral part of this integrates the error from the desired course and slowly increases the gain on the controller to correct the error. If you are being blown
off, and do not have enough power to overcome this, then the controller will get wound up to a very high gain. This will still be in place once power is increased, which can lead to unstable behaviour. Fortunately, the cure is simple. Turn it off for several seconds and then restart it, so the starting settings are restored.

Another challenge with auto-pilots is that they do not anticipate as a helmsman does. In particular they do not anticipate waves, and as a result they can struggle to perform usefully in heavy seas. A consequence of this is that the dictum of reefing early is even more important. There were at least two occasions when I made things more difficult for myself than necessary wishing I had reefed when I found myself in heavy seas and not really able to leave the helm.

The tiller pilot can be a significant load on the battery, and when using it for a long time this can drain it. So it’s worth remembering that when cruising you’re allowed to use the engine to charge it. I have also found it useful to use the engine when sailing close hauled in shifty conditions and I need to go below. On its own the tiller pilot will leave you in irons too easily, with the engine on there is enough power to get through the shifts, meaning when you have come back on deck from the heads or making a brew you don’t have the boat to sort out and get going again.

One thing I am pleased I did was to give myself plenty of time to make the trip. The weather this summer has been poor for sailing, and I have been stuck in port waiting for good weather much more than I anticipated. If long distance cruising is about boat maintenance in different ports, it is also about not breaking the boat in challenging conditions. There were a couple of times when I lost patience and sailed in conditions that were forecast to be marginal, and the actual conditions were worse than forecast, and I did suffer breakages. You lose out two ways, you have probably missed out on a more pleasant sail whilst sorting out the breakage, and you have the breakage itself to sort out. So it is important not to be sailing to a deadline and to be patient.

Not that I was stuck on the boat when I was not able to sail. Although my wife Lydia did not sail with me except for a few days at the end from Belfast to Largs, she did often come to meet me at ports and we would explore the locality by car. This was a great thing to do, and we have been able to explore some parts of the country we have never visited, or not for a long time as a result. I also took breaks from sailing for family and work reasons.

Usually, the trickiest part of a passage is the first and last 10 m. This is compounded when each port you enter is unfamiliar and you are single handed. I can only say that this is something I quickly became accustomed to, to the extent that when I was recently asked how I managed with all the different ports, I realized it no longer bothered me at all. Of course you have to do your homework and look each port up, but almost all ports have floating pontoons and all the marinas were very helpful and friendly. I even only had to fold up twice, once to get into the harbour, and once to get
onto a finger berth. I was also only charged extra for being a multihull on two occasions.

So would I recommend a cruise round Britain? Of course I would. It has been a tremendous adventure, I have learnt a lot, and it has been great fun.

If you want to know about the passages I suggest you look at Wandering Glider’s Facebook page at https://www.facebook.com/WanderingGlider. If you are on Facebook you can “like” the page and get updates automatically, if not, it is just like any other web page and you can look at it without joining Facebook. 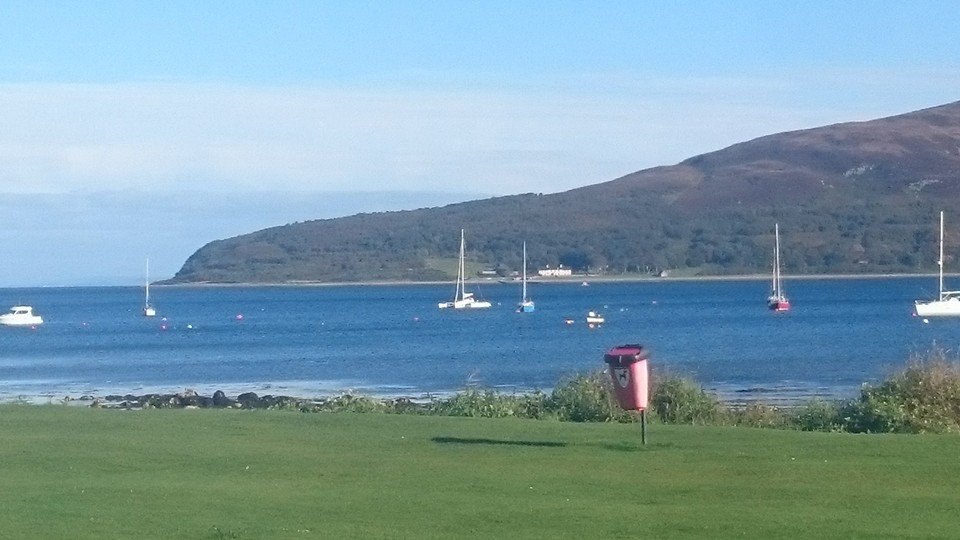 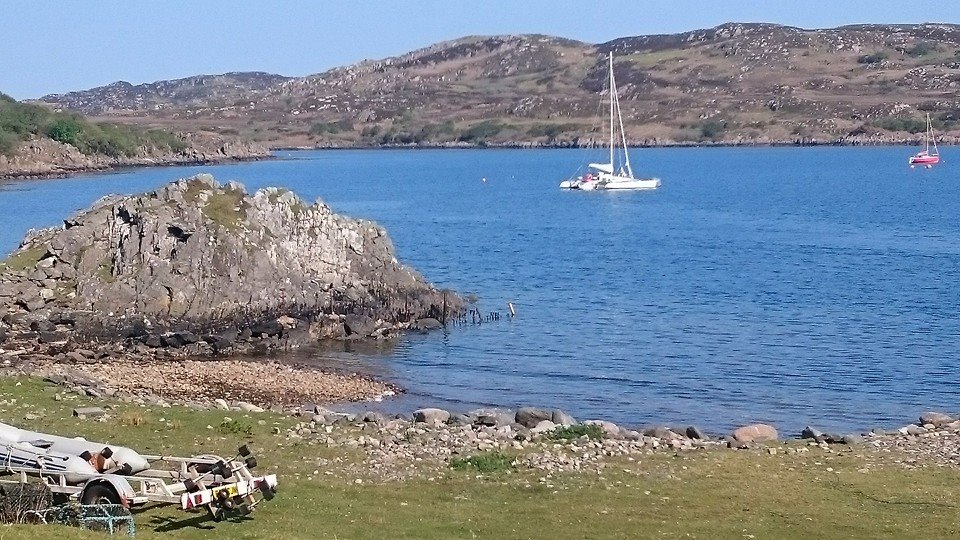 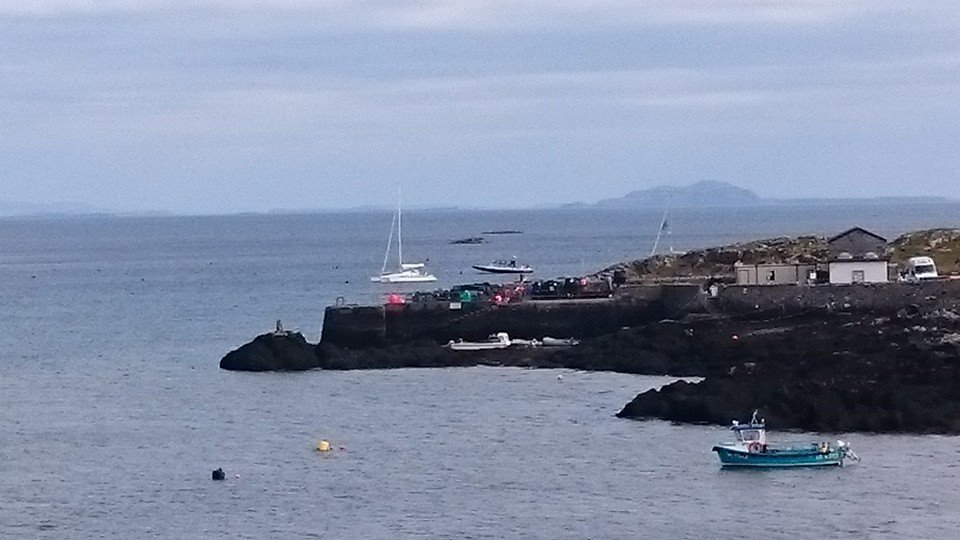 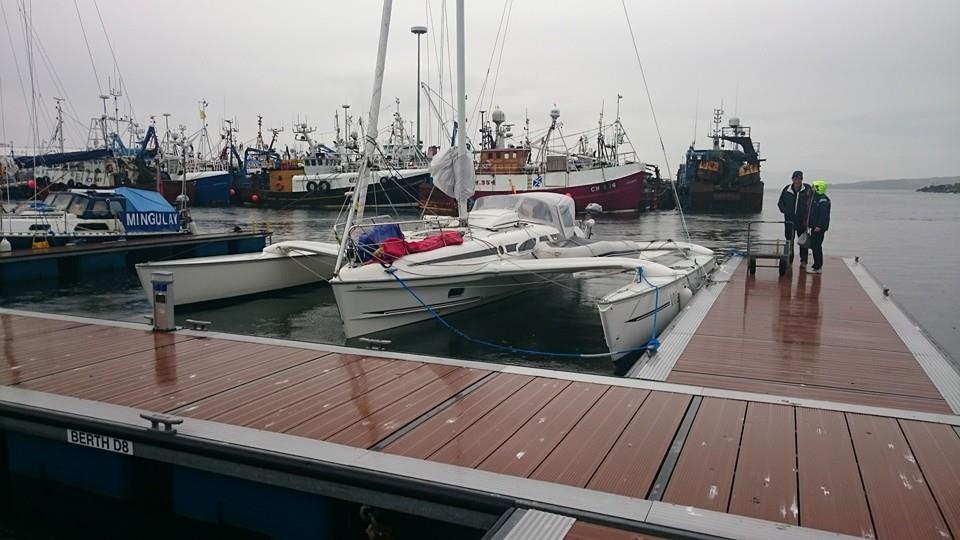 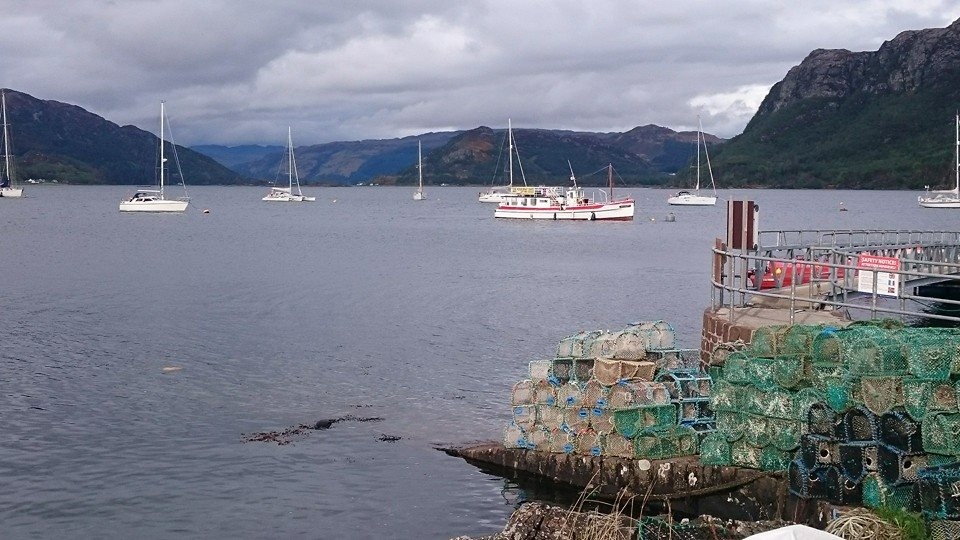 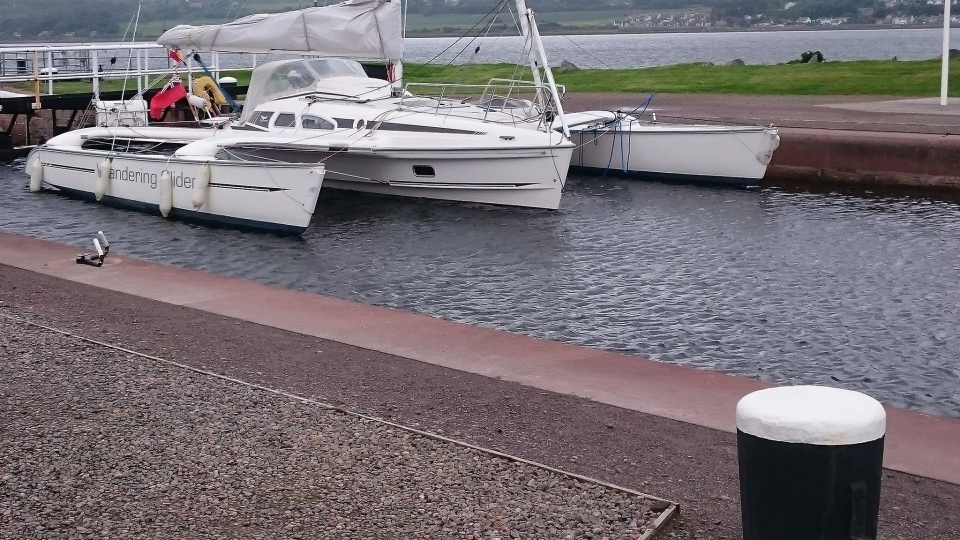 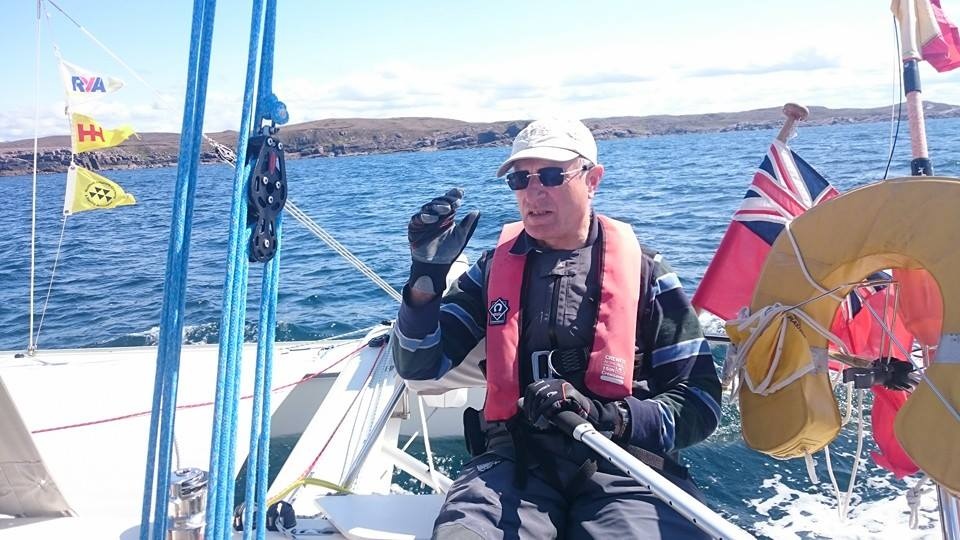 The skipper and author 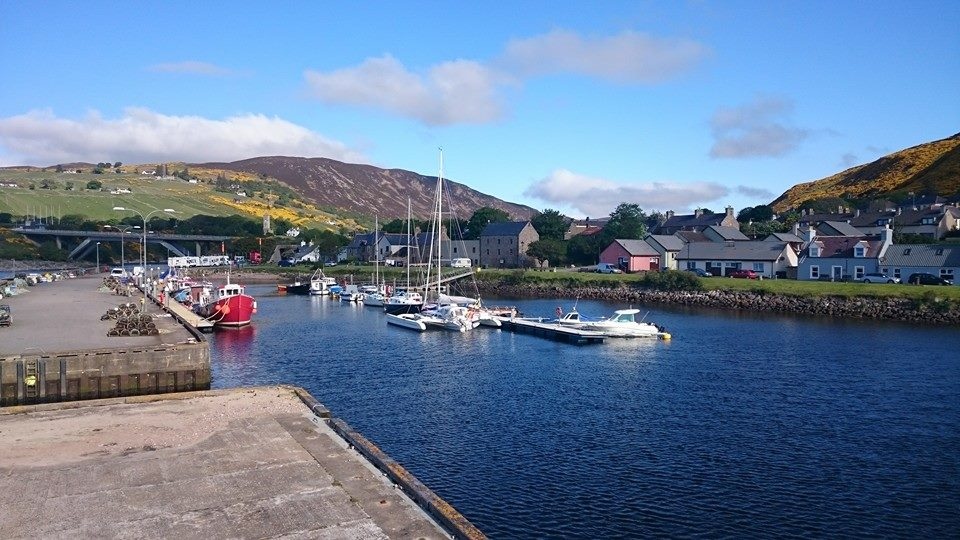 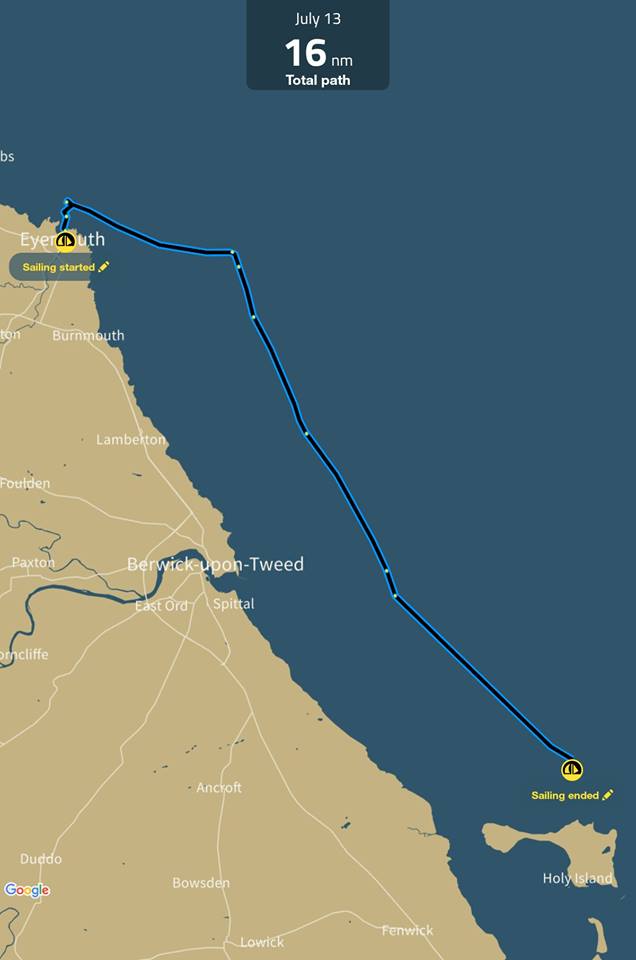 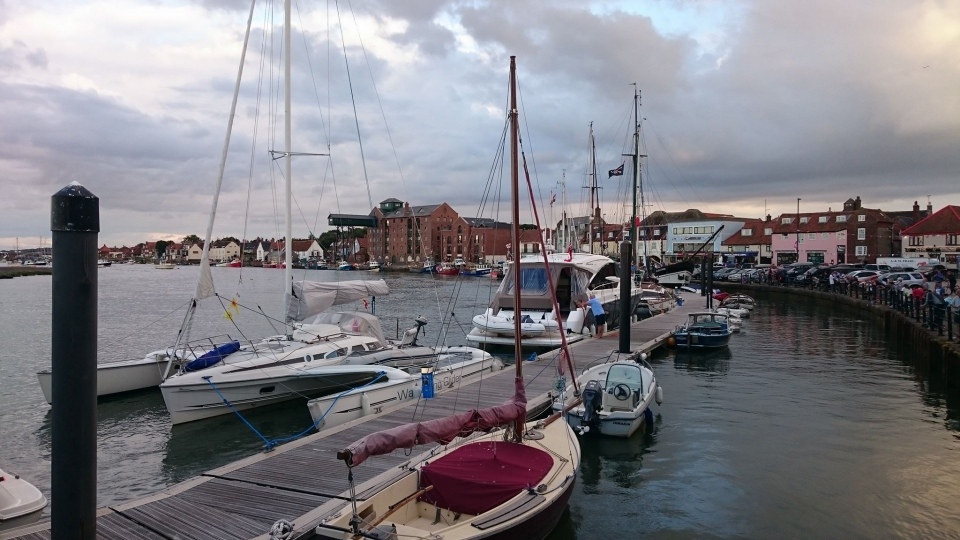 Wells By The Sea